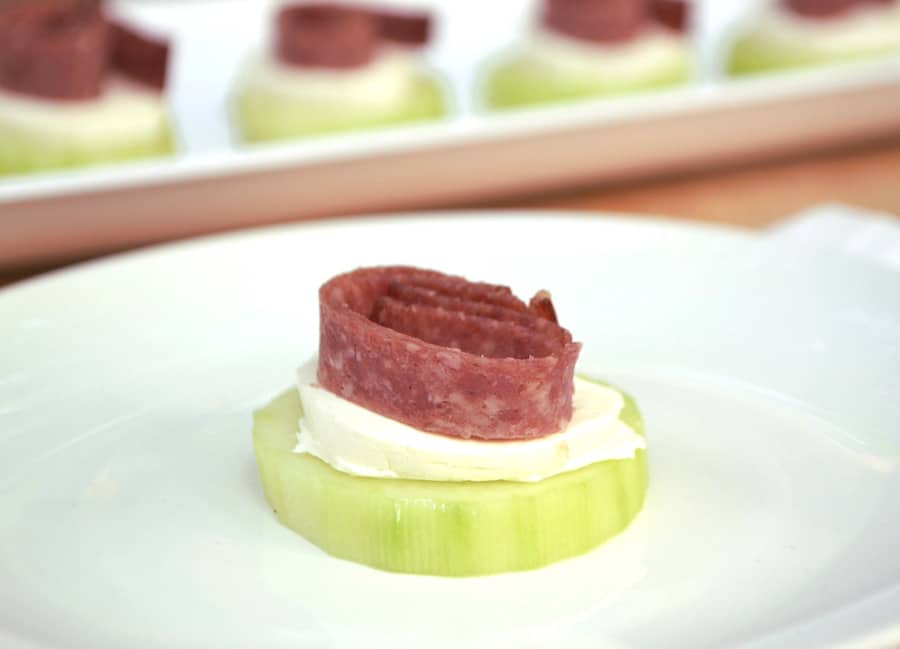 I was talking to someone a few weeks ago about Lebanon bologna.  Years ago, it was something that was only available in Pennsylvania and it’s surrounding states.  Nowadays you can find it in just about any deli in any state.

Anyhow, my friend laughed and told me she always thought it originated from Lebanon, the country in the Middle East.  Funny – I suppose Lebanon, Pennsylvania is an easy county & town to overlook.  I live nearby it and can’t really say a whole lot about it.  There’s farms, a notable Amish & Mennonite population, it’s close to Hershey and it’s the birthplace of Lebanon bologna. 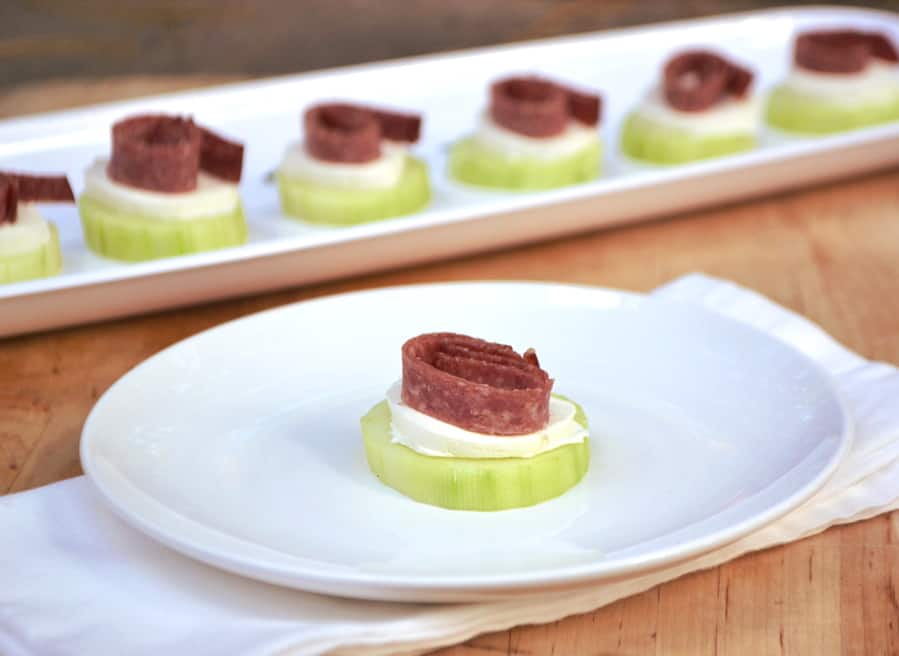 Lebanon bologna is almost hard to describe – it really has a flavor all of it’s own.  It’s a slow, wood-smoked beef sausage.  It has the texture of salami, not the mushy texture of a German bologna.  It’s smoky, delicious and a sandwich staple in most PA homes.

I’ll shamelessly admit my favorite way of eating Lebanon bologna.  I get it sliced thick, smear an excessive amount of cream cheese on a slice, roll it up & devour it.  Not fancy, not pretty, but soooooo good.  Believe it or not – this bologna and cream cheese roll is a pretty popular snack & appetizer in these parts. 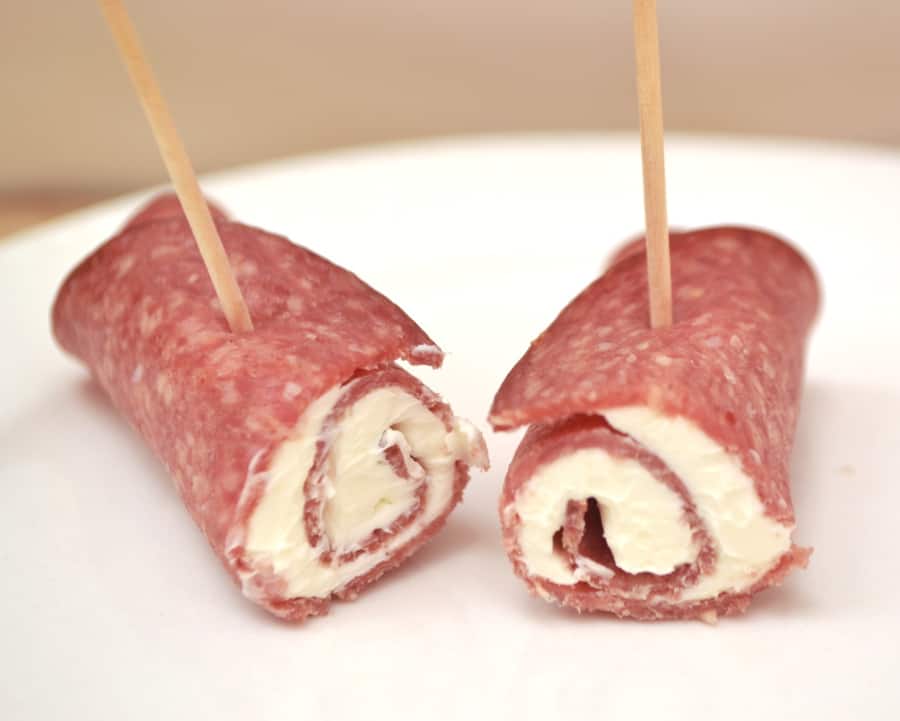 I could never bring myself to serve this “as-is” as a hors d’oeuvre while entertaining.  Delicious, but a bit crude in appearance.

Of course I’ve found a way to fancy it up.  Slice up a few cucumbers, add a pat of cream cheese and slice the Lebanon bologna into thin strips.  Layer it on and – boom – you now have something delicious and nice enough to serve to company.

I form the cream cheese into a log and wrap in wax paper, much like with a compound butter.  Throw it in the fridge to harden up and it will be much easier to cut and set on top of cucumber slices. 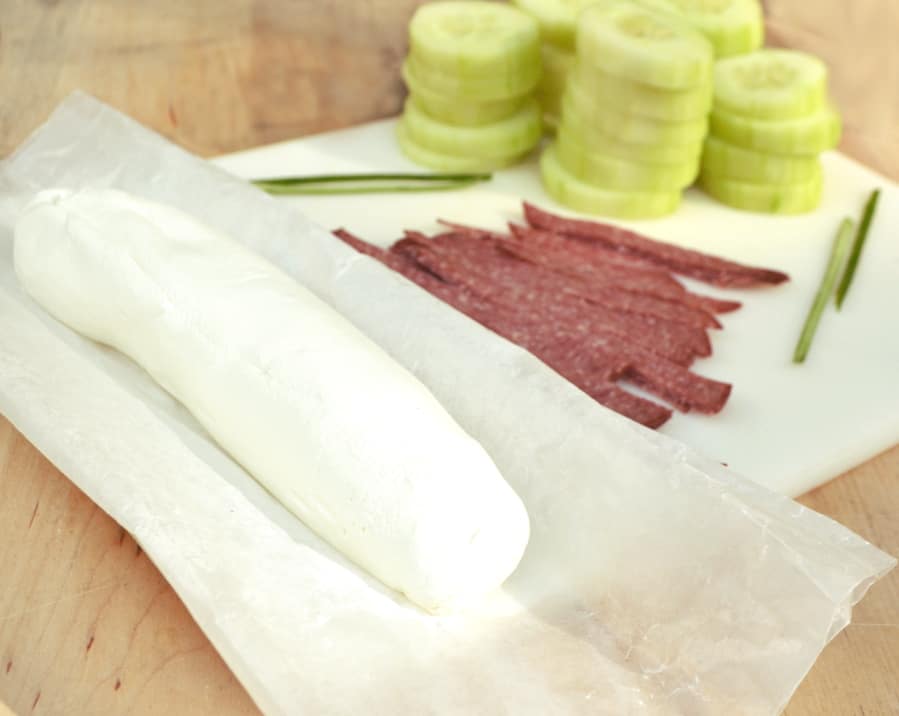 Amounts of cream cheese and bologna on each cucumber slice are really just preference.  I use about a 1/4″ round of cream cheese & wrap a few strips of bologna on top of the cream cheese.  This is great made ahead of time and pulled out of the fridge a few minutes before serving.

I hope you enjoy this “dressed up” Pennsylvania treat.  If you haven’t already discovered the tasty combination of Lebanon bologna & cream cheese, now is the time to try it 🙂

Thanks so much for stopping by! 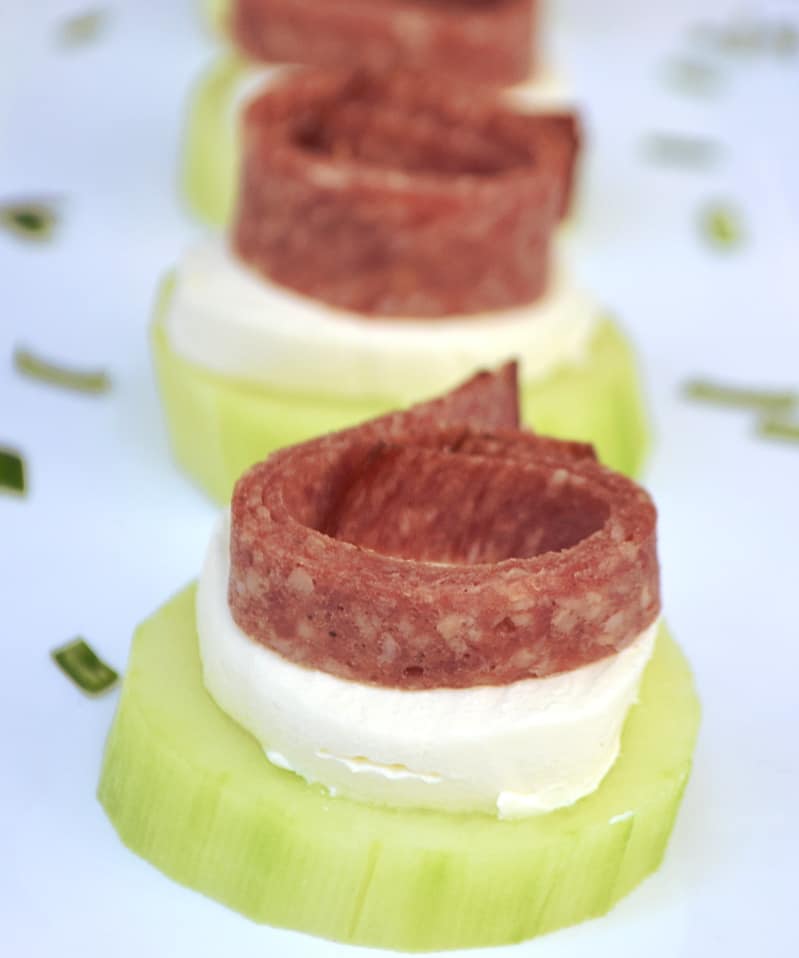 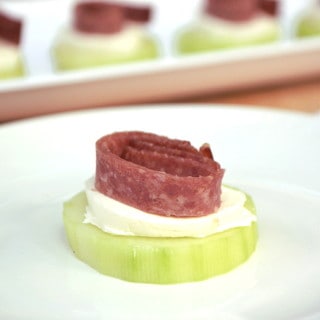 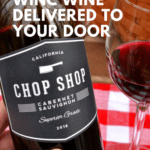 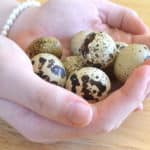 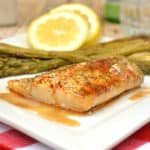 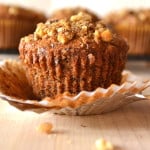 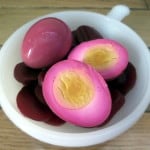 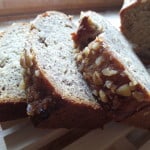